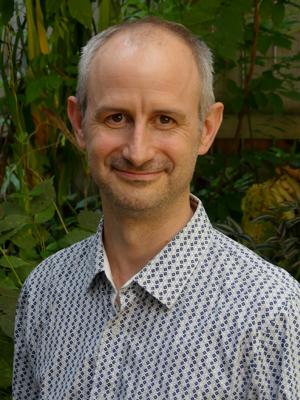 Leo Martyn is an insightful and highly skilled counsellor with extensive professional experience. He is a member of both the Australian Counselling Association and the AASW. Leo has a substantial background in private practice and the creative, technology and education sectors. Leo specialises in providing effective therapeutic support to individual adults and couples.

Leo is compassionate and outcome-focused in his counselling approach: he is strongly committed to providing his clients with practical personal strategies that increase their capacity to meet life’s challenges. Leo provides a non-judgmental, confidential space where his clients may speak freely of their concerns and explore possibly pathways forward in their inner and external lives. He has extensive expertise helping clients resolve a broad range of personal and interpersonal issues and stressors related to anxiety, depression, addiction, relationship and other concerns. Leo is dedicated to helping his clients develop the courage, insight and confidence needed to make lasting positive changes in their lives and beyond.

Leo’s practice is centred on a range of humanistic, body-oriented and evidence-based counselling approaches, tailoring sessions to meet each client where they are in the here and now. Therapeutic techniques and approaches Leo uses include: Psychodynamic Psychotherapy, Mindfulness-Based Therapy, Somatic approaches and Gestalt Therapy along with Evidence based approaches such as Cognitive-Behavioural Therapy and Solution Focused Therapy. Counselling with Leo is a respectful, dynamic and client-centred experience, which seeks to catalyse opportunities for authentic, lasting personal growth and change.